What is zero budget natural farming?

Will this form of chemical-free agriculture increase farmers’ incomes? Where are the pitfalls?

The story so far: Finance Minister Nirmala Sitharaman thrust zero budget farming into the spotlight in the first Budget speech of the 17th Lok Sabha earlier this month, calling for a “back to the basics” approach. She said, “We need to replicate this innovative model through which in a few States, farmers are already being trained in this practice. Steps such as this can help in doubling our farmers’ income in time for our 75th year of Independence.” Several States, including Andhra Pradesh and Himachal Pradesh, have been aggressively driving a shift towards this model.

What is it and how did it come about?

It was originally promoted by Maharashtrian agriculturist and Padma Shri recipient Subhash Palekar, who developed it in the mid-1990s as an alternative to the Green Revolution’s methods driven by chemical fertilizers and pesticides and intensive irrigation. He argued that the rising cost of these external inputs was a leading cause of indebtedness and suicide among farmers, while the impact of chemicals on the environment and on long-term fertility was devastating. Without the need to spend money on these inputs — or take loans to buy them — the cost of production could be reduced and farming made into a “zero budget” exercise, breaking the debt cycle for many small farmers.

Instead of commercially produced chemical inputs, the ZBNF promotes the application of jeevamrutha — a mixture of fresh desi cow dung and aged desi cow urine, jaggery, pulse flour, water and soil — on farmland. This is a fermented microbial culture that adds nutrients to the soil, and acts as a catalytic agent to promote the activity of microorganisms and earthworms in the soil. About 200 litres of jeevamrutha should be sprayed twice a month per acre of land; after three years, the system is supposed to become self-sustaining. Only one cow is needed for 30 acres of land, according to Mr. Palekar, with the caveat that it must be a local Indian breed — not an imported Jersey or Holstein.

A similar mixture, called bijamrita, is used to treat seeds, while concoctions using neem leaves and pulp, tobacco and green chillis are prepared for insect and pest management.

The ZBNF method also promotes soil aeration, minimal watering, intercropping, bunds and topsoil mulching and discourages intensive irrigation and deep ploughing. Mr. Palekar is against vermicomposting, which is the mainstay of typical organic farming, as it introduces the the most common composting worm, the European red wiggler (Eisenia fetida) to Indian soils. He claims these worms absorb toxic metals and poison groundwater and soil.

Why does it matter?

According to National Sample Survey Office (NSSO) data, almost 70% of agricultural households spend more than they earn and more than half of all farmers are in debt. In States such as Andhra Pradesh and Telangana, levels of indebtedness are around 90%, where each household bears an average debt of ₹1 lakh. In order to achieve the Central government’s promise to double farmers income by 2022, one aspect being considered is natural farming methods such as the ZBNF which reduce farmers’ dependence on loans to purchase inputs they cannot afford. Meanwhile, inter-cropping allows for increased returns.

The Economic Survey has also highlighted the ecological advantages.

A limited 2017 study in Andhra Pradesh claimed a sharp decline in input costs and improvement in yields. However, reports also suggest that many farmers, including in Mr. Palekar’s native Maharashtra, have reverted to conventional farming after seeing their ZBNF returns drop after a few years, in turn raising doubts about the method’s efficacy in increasing farmers’ incomes.
ZBNF critics, including some experts within the Central policy and planning think tank NITI Aayog, note that India needed the Green Revolution in order to become self-sufficient and ensure food security. They warn against a wholesale move away from that model without sufficient proof that yields will not be affected. Sikkim, which has seen some decline in yields following a conversion to organic farming, is used as a cautionary tale regarding the pitfalls of abandoning chemical fertilizers.

Which are the States with big plans?

According to the Economic Survey, more than 1.6 lakh farmers are practising the ZBNF in almost 1,000 villages using some form of state support, although the method’s advocates claim more than 30 lakh practitioners overall. The original pioneer was Karnataka, where the ZBNF was adopted as a movement by a State farmers’ association, the Karnataka Rajya Raitha Sangha. Large-scale training camps were organised to educate farmers in the method. According to a survey carried out in those early years, ZBNF farmers all owned small plots of land, had some access to irrigation and owned at least one cow of their own.
In June 2018, Andhra Pradesh rolled out an ambitious plan to become India’s first State to practise 100% natural farming by 2024. It aims to phase out chemical farming over 80 lakh hectares of land, converting the State’s 60 lakh farmers to ZBNF methods.

Is the budgetary support enough?

Despite the ZBNF buzz caused by the Budget speech, the Finance Minister did not actually announce any new funding to promote it. Last year, the Centre revised the norms for the Rashtriya Krishi Vikas Yojana- Remunerative Approaches for Agriculture and Allied sector Rejuvenation (RKVY-RAFTAAR), a flagship Green Revolution scheme with an allocation of ₹3,745 crore this year, and the Paramparagat Krishi Vikas Yojana, which has an allocation of ₹325 crore and is meant to promote organic farming and soil health. Under the revised guidelines, both Centrally-sponsored schemes now allow States to use their funds to promote the ZBNF, vedic farming, natural farming, cow farming and a host of other traditional methods.
Andhra Pradesh says it has utilised ₹249 crore from these schemes to promote the ZBNF over a two-and-a-half year period. The State estimates it will need ₹17,000 crore to convert all of its 60 lakh farmers to the ZBNF over the next 10 years.
However, this is only a fraction of the spending on Central government subsidies for fertilizers, pesticides and mass irrigation that has driven the Green Revolution model.

NITI Aayog has been among the foremost promoters of Mr. Palekar and the ZBNF method. However, its experts have also warned that multi-location studies are needed to scientifically validate the long-term impact and viability of the model before it can be scaled up and promoted country-wide.
The Indian Council of Agricultural Research is studying the ZBNF methods practised by basmati and wheat farmers in Modipuram (Uttar Pradesh), Ludhiana (Punjab), Pantnagar (Uttarakhand) and Kurukshetra (Haryana), evaluating the impact on productivity, economics and soil health including soil organic carbon and soil fertility.

If found to be successful, an enabling institutional mechanism could be set up to promote the technology, NITI Aayog vice-chairman Rajiv Kumar has said. The Andhra Pradesh experience is also being monitored closely to judge the need for further public funding support. 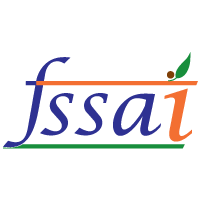 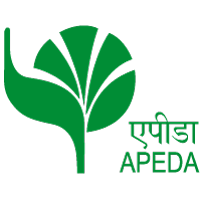 Get engaged as our distributor of our high quality natural agricultural products & increase your profits.